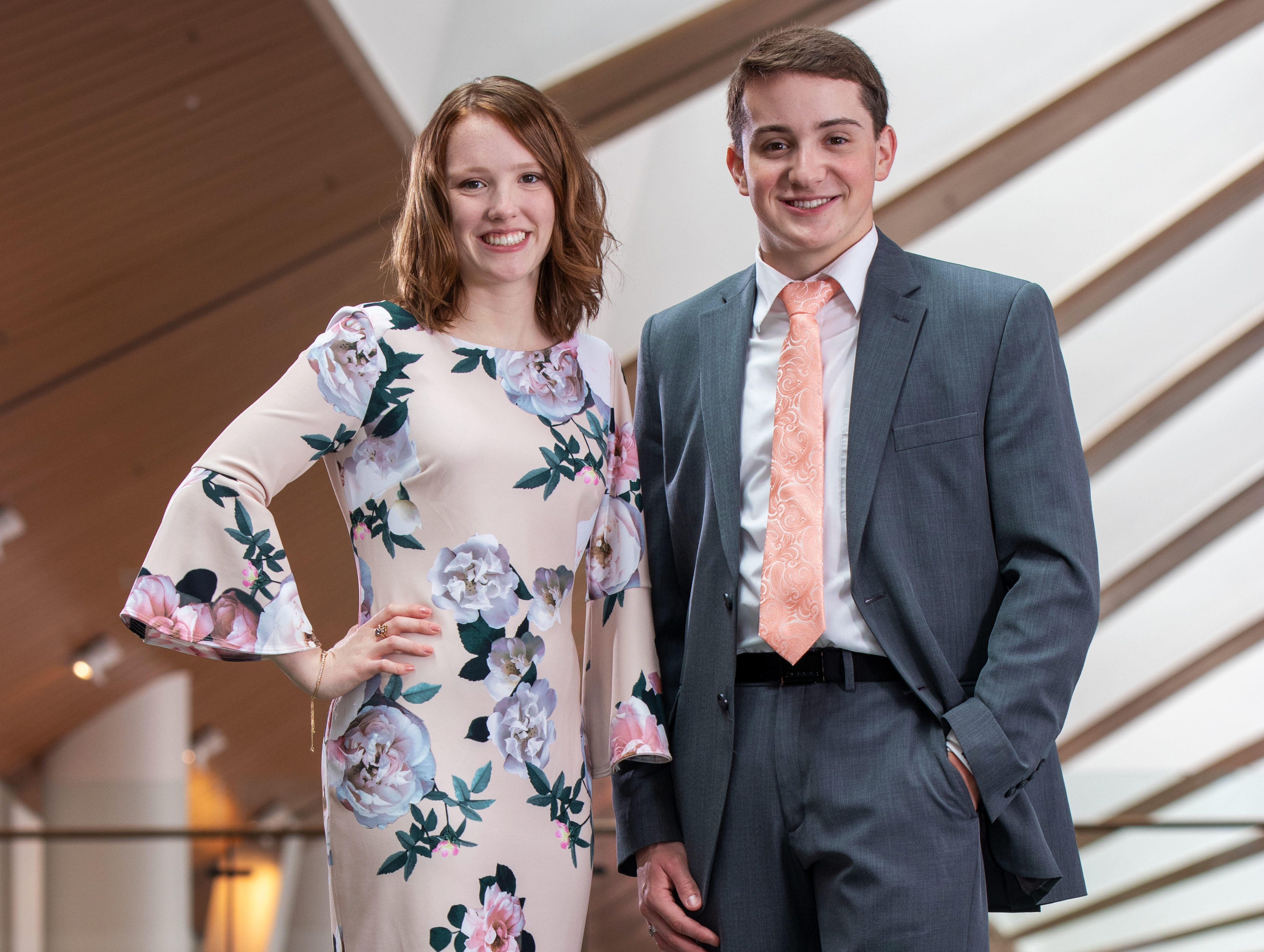 Every year, Shriners Hospitals for Children selects two National Patient Ambassadors to represent the health care system’s patients. The new ambassadors are announced at our Imperial Session (annual convention). They spend the year sharing their stories of perseverance in the face of adversity, and the ways Shriners Hospitals for Children has made a dramatic, life-changing difference in their lives. Meet Madelyn and Cristian, our two new National Patient Ambassadors:

This is My Moment: Madelyn’s Story

Madelyn, now 19, was born 10 weeks early. Doctors told her parents that she was beautiful, healthy, tiny – and was born without her left arm.

Madelyn’s journey with Shriners Hospitals for Children began with her first visit to our St. Louis location, when she was just 3 months old. Throughout her childhood, Madelyn used prosthetics, mainly for balance, and to help with various activities. Occupational therapists at the hospital helped Madelyn learn to function and interact in the world. As she grew
older, Madelyn began using her prosthetics less often, and by middle school, she opted to stop using them.

In school, Madelyn’s busy schedule included not only her classwork but also competitive swimming, first on a team for children with disabilities, then on her high school team. She also participated in competitive, coed water polo. “Nothing is impossible in my mind,’ she said. “It’s just the ability to adapt and work around it.”

Madelyn has always devoted herself to advocating and educating. She loves to make YouTube videos showing how to accomplish things using only one arm. At Ability Awareness Week, a program of St. Louis area elementary schools, Madelyn loves to share her story and to explain how Shriners Hospitals for Children changed her life. Drawing from her own experiences of being bullied for having only one arm, Madelyn likes to incorporate anti-bullying themes into her presentations.

“I am incredibly excited to see where this year takes me,” Madelyn said. “I hope to inspire other kids, and be able to show them that they can do anything they put their mind to – they might just do it a little bit differently.”

Madelyn is currently a student at Maryville University in St. Louis, where she is very active in student activities, and made the Dean’s List her first two semesters”

This is My Moment: Cristian’s Story

Cristian, who is now 18, was born with spina bifida and hydrocephalus. In his first two weeks of life, Cristian had two surgeries and went on to have nearly a dozen more. Cristian faced several of the same challenges of many other patients with spina bifida, including gastro-intestinal system and balance difficulties, as well as complications from various surgeries. For several years, Cristian’s family had difficulty finding doctors who understood how to best help him. That all changed one day in 2012, when Cristian met a Shriner who referred him to Shriners Hospitals for Children. Cristian was 13 when he had the surgery that he says changed his life and gave him hope, at Shriners Hospitals for Children — Los Angeles (now Shriners for Children
Medical Center in Pasadena, California).

Devoted to his schoolwork and seminary studies as well as his part-time job and playing the cello, Cristian has also been active in supporting Shriners Hospitals for Children. He even dedicated his Eagle Scout project to the cause, raising funds to present more than 200 Build-A-Bear toys to the Pasadena medical center.

Cristian is looking forward to his responsibilities as a National Patient Ambassador. “I know that I am who I am because of the Shriners,” he said. “I have been able to see that I can do whatever I want and I can overcome any obstacle that I face. I want to give back to them because of that – because of the life that they’ve given me. Through Shriners Hospitals for Children and the national ambassadorship that I’ve been given, I hope to share a message of positivity and hope to all those who need it.”

We congratulate Cristian and Madelyn, and thank them for their willingness to represent Shriners Hospitals for Children, and share their stories.