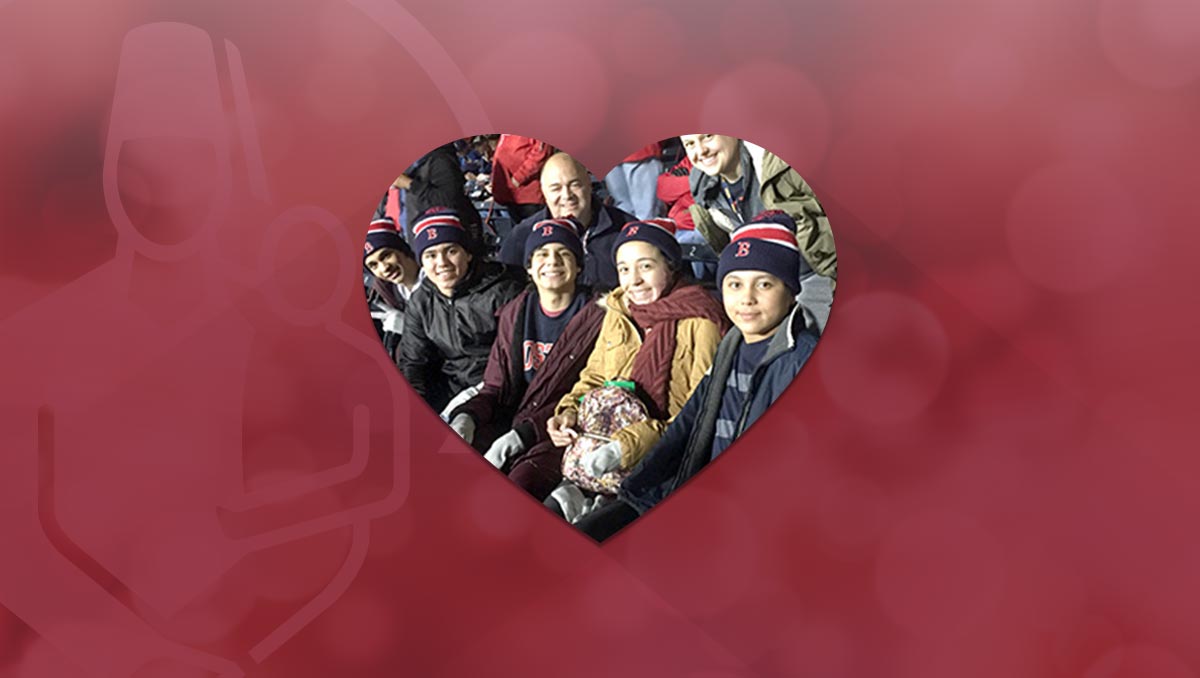 Just in time for the holidays, Shriners Hospitals for Children — Boston patient Juan Diego is heading back home to Honduras. Juan Diego, age 14, was burned in an electrical accident in May, leaving his hands seriously disfigured. He spent more than a month in a hospital in Honduras. When he went home, he was unable to use his hands, leaving him completely dependent on others for even the most basic tasks. He could not take care of himself or go to school, and could not draw or play music, two of his passions.

The Ruth Paz Foundation learned about Juan Diego’s burn injury and connected him with Shriners Hospitals for Children ― Boston. When he arrived at the hospital in Boston, some of his burn wounds were still open, requiring immediate attention. It was in the first few days in Boston that he saw his hands and realized the true extent of his injuries. While he knew the road ahead was going to be challenging, Juan Diego approached every day, every treatment and every obstacle with a positive attitude.

During his 2 1/2 months in Boston, much of Juan Diego’s treatment involved intensive physical and occupational therapy. He worked with therapists at least five days a week, sometimes multiple times a day. He relearned how to eat and care for himself. A passionate artist and musician, Juan Diego learned to draw using splints customized for his hands. He is also able to drum, a skill that will come in handy when he rejoins his band in Honduras. Throughout his stay, Juan Diego was able to keep up with his studies by using an iPad and a modified stylus. Occupational therapist Courtney Condon said, “We had good days and bad days, but he approached every day with an incredible spirit, and that made the difference.”

Along with his traditional therapy sessions, Juan Diego also participated in several additional programs offered at the Boston Shriners Hospital. He was a member of Team Brave, the hospital’s community reintegration program. He also competed in a Spartan Race at Fenway Park as part of Team No Limits, Shriners Hospitals for Children’s special partnership with Spartan. Most notably, Juan Diego was one of five patients who attended Game 1 of the World Series. He says it is a night he will never forget.

After the holidays, Juan Diego will return to school in Honduras and be fully independent, though he will be adjusting to a new normal. The team at the Boston Shriners Hospital will continue to monitor his progress, and may schedule him for a return to Boston for reconstructive surgery in 2019.

Good luck, Juan Diego. We are so proud of you!