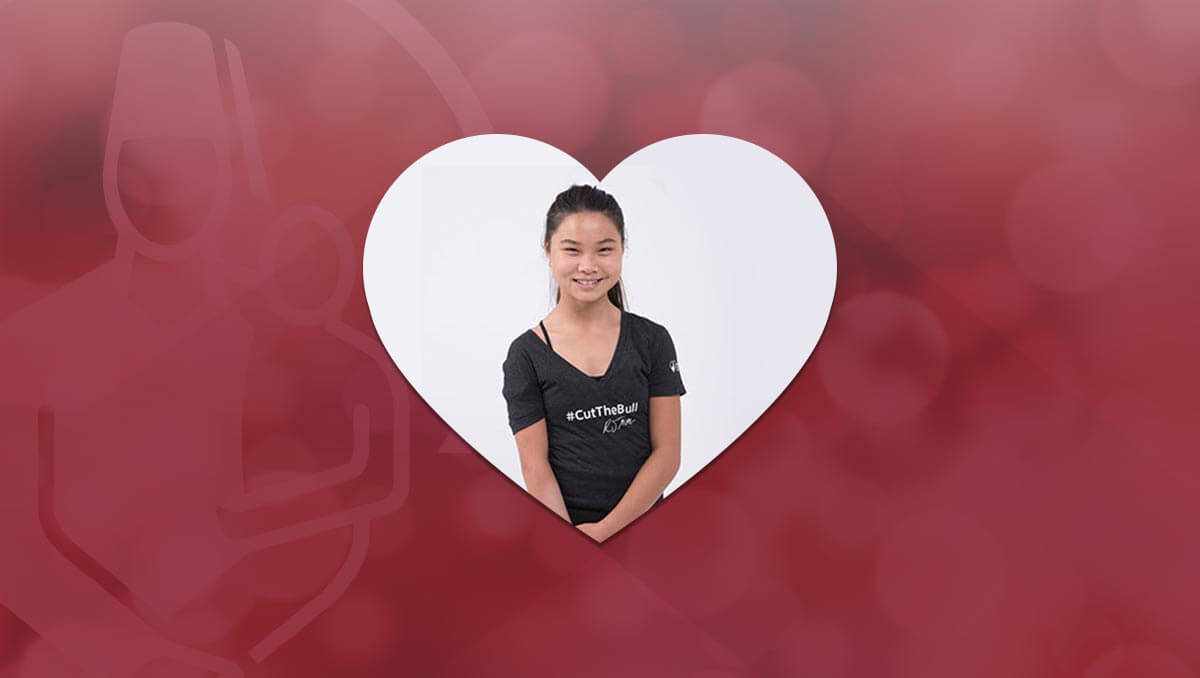 Elementary school can be a socially challenging place for any of us, but for those with visible scars or disabilities it can be even more of an issue. Just ask Nia. She’s 12 and has already had to overcome six years of bullying at two different elementary schools.

Nia is hemiplegic: she is paralyzed on the right side of her body. She has been a patient at Shriners Hospitals for Children — Canada since she was about a year old, soon after she arrived in Canada. Nia had a stroke in her mother’s stomach, but the condition was not diagnosed at the time. She was given up for adoption in her native China and stayed in an orphanage until her Quebecois parents adopted her at the age of 10 months. Upon adoption, they didn’t know what was wrong, but Nia had visible differences – she wasn’t moving like other babies and she had a foot permanently pointed like a ballerina.

Nia was diagnosed with hemiplegia at a year old. At the time, doctors from another hospital told Nia’s parents that she would never walk or talk. Doctors at the Canada Shriners Hospital knew better. Nia has spent a lot of time over the past 11 years at the hospital, but it has paid off. She now not only walks nearly perfectly, but she sings, acts professionally and is a spokesperson for the Canada Shriners Hospital.

Over the years, Nia has undergone two surgeries to her right foot, another recent surgery on her right hand, has had Botox injections in her hand seven to eight times, she’s had at least 10 casts – each for six to eight weeks and has an orthotic for her right arm. Over the years, she has done hundreds of hours of physiotherapy and occupational therapy. This has taught her to “transfer” – her right side remains paralyzed, but can now mimic what the left side does, allowing her to walk and do other activities.

All those physical challenges have also led to bullying. It started in kindergarten, when kids would repeatedly say mean things to her about her disability. She changed schools for grade one as her parents moved to the north shore of Montreal. Unfortunately, the bullying just took up again and actually got worse. Kids would tell her she wouldn’t become anything in life, among other mean comments, most of which were focused on her hemiplegia. Nia would go home and cry every day. She’d lock herself in her room and didn’t want to go to school. She had started believing what the kids were saying.

An important thing Nia did was talk to her parents. She confided in them often and Nia’s mother did everything she could to help. Nia’s mother tried to speak to teachers, the school principal and the school psychologist, but the administration didn’t seem willing to help. Nia’s mother even paid for a neuropsychologist to help negotiate with the school, but the principal was convinced that bullying and mean comments were just a part of life. By grade four, Nia’s mother kept her home from school at times when Nia was particularly depressed and registered Nia in a new, more accepting school for grades five and six. The change of school worked. Nia found a good group of friends who stuck together and stuck up for each other. When kids teased Nia, her friends supported her and helped her defend herself, meaning it didn’t turn into full-fledged bullying.

There was another way Nia overcame bullying and the depression she was faced with: she got into acting and singing, which she loves. These after-school activities really helped her realize that she has a lot to offer and that she can do so much, despite her hemiplegia. Nia now acts in TV and movies, has sung at several benefit concerts, as well as at an international singing festival in Granby, Quebec and at a festival in Trois-Pistoles, Quebec. She also auditioned for Quebec’s French version of The Voice (Junior).

Nia has become a spokesperson for the Canada Shriners Hospital’s #CutTheBull campaign and speaks to students at schools about her bullying experience and how she overcame it, hoping to help others faced with a similar situation. She will be continuing this role in 2017–2018. In Quebec, grade seven means high school. After talking about it, finding passions, making friends and becoming an anti-bullying spokesperson, Nia feels ready to take on any challenges she faces in high school.

If you are in Canada and would like Nia to come speak at your school (in French), please email: moncommunications@shrinenet.org