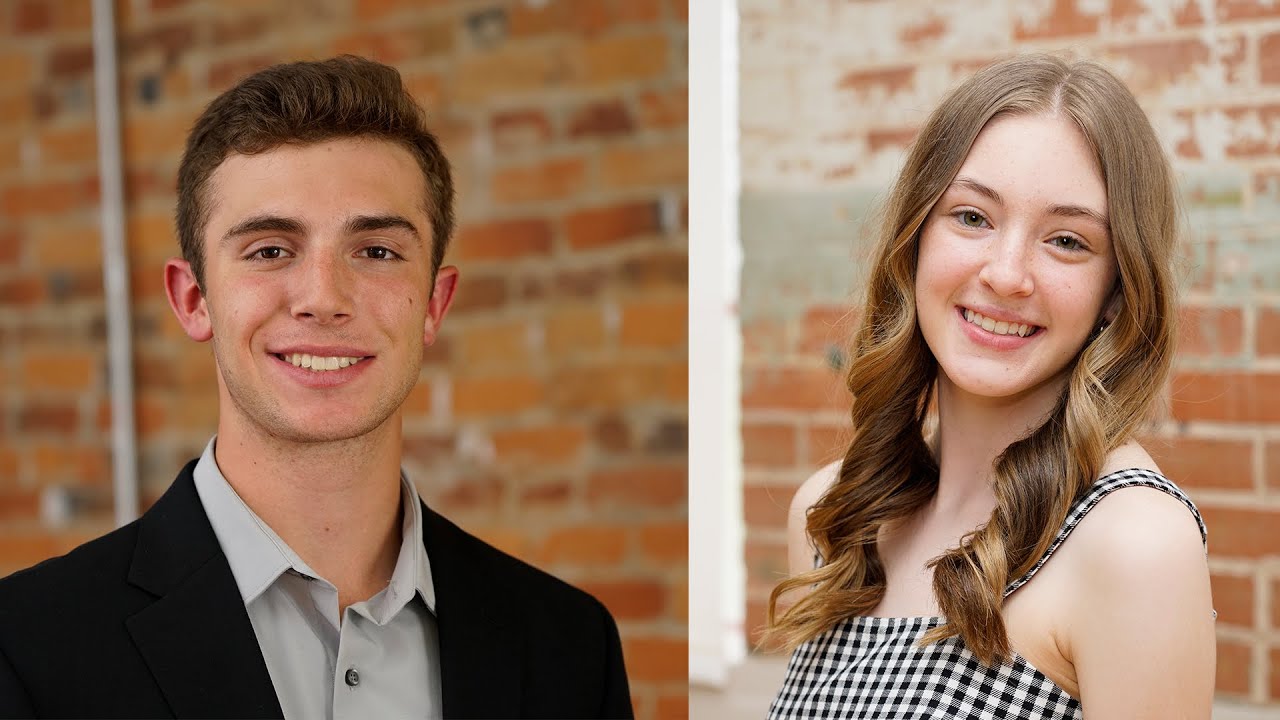 Every year, Shriners Hospitals for Children selects two National Patient Ambassadors to represent the health care system’s patients. The new ambassadors are announced at our Imperial Session (annual convention). They spend the year sharing their stories of perseverance in the face of adversity, and the ways Shriners Hospitals for Children has made a dramatic, life-changing difference in their lives. Meet Sydney and Seth, our two new National Patient Ambassadors:

Sydney, who is from Oklahoma City, Oklahoma, learned she had scoliosis when she was 10. Her treatment began with bracing, but despite a strict exercise regimen and wearing her brace 23 hours a day for 1½ years, her curvature progressed. Searching for an alternative to spinal fusion surgery, Sydney and her family learned about the VBT treatment option.

Sydney had her VBT procedure at Shriners Hospitals for Children — Philadelphia when she was 12, performed by Steven W. Hwang, M.D.

“VBT has allowed Sydney to retain her flexibility and to get back to all the things she loves faster and stronger than ever,” said her mother, Melissa.

Now 16, Sydney loves playing the oboe in the school band, and enjoys painting and swimming. Sydney, whose great-grandfather was a Shriner, looks forward to continuing that family legacy by telling her story as a National Patient Ambassador.

“To make my scoliosis journey a more positive experience, I had to reach out and to help others,” Sydney said. “I said ‘yes’ to being a National Patient Ambassador because Shriners Hospitals has done so much for me, and I feel I could never repay that. That surgery has changed my life. It has shaped me to be the person I am today.”

Seth was 11 when his doctor noticed a curvature in his spine. They began with a “wait and see” approach, and later treatment from a chiropractor. Still, the curvature of his spine quickly progressed to a severe degree. He and his family learned about Shriners Hospitals for Children from a social media group focused on the Vertebral Body Tethering (VBT) treatment for scoliosis.

Seth, who is from Fort Wayne, Indiana, underwent VBT surgery at Shriners Hospitals for Children — Philadelphia when he was 13. The surgery, performed by Joshua Pahys, M.D., helped the young athlete quickly return to the playing field.

“My pain has been reduced dramatically, my curvature is half what it used to be, and my flexibility is on par with my peers,” Seth said.

Seth, now 17, enjoys playing many sports, including football, baseball and basketball, and is now focusing on competitive golf.

“VBT has given me the opportunity to perform my best in athletics without the limitations of scoliosis,” Seth said. “The extra inch I gained on the operating table didn’t hurt on the basketball court either.”

Seth is pleased and proud to have the opportunity to be a National Patient Ambassador for Shriners Hospitals for Children.

“I was impressed by the amazing treatment that I received at Shriners Hospitals, and I would be honored to guide someone to their care,” Seth said. “It will mean a lot to me to give back to the Shriners community because of the gift that they gave me.”

Save the Date – Get involved in your local Shriners Children’s Community!